Panthers forward Scott Sorensen will become the fifth member of his family to play for the Kiwis when he and Raiders back Sebastian Kris make their Test debuts against World Cup newcomer Jamaica.

Penrith team-mate James Fisher-Harris will also captain the Kiwis for the first time in place of skipper Jesse Bromwich.

Sorensen, a try scorer in Penrith’s grand final defeat of Parramatta, has been brought onto the bench for the match in Hull against the Reggae Warriors, who are at the World Cup for the first time.
The 29-year-old’s selection comes more than 70 years after his late grandfather Bill Sorensen began his New Zealand career.

Scott’s uncles Dane and Kurt Sorensen left an indelible mark on the rugby league landscape, playing 45 Tests between them for the Kiwis in the course of their outstanding professional careers spanning the 1970, ‘80s and ‘90s.

Dane finished his NRL career with 229 appearances for Cronulla-Sutherland and Eastern Suburbs including a then-club record 216 for the Sharks.

Kurt made almost 130 NRL appearances for the Sharks and more than 250 for Widnes, ending his career with the club with a try in the 1993 Challenge Cup grand final loss to Wigan.

Kris also caps a remarkable story of his own by earning his first Test jersey after he stepped aside from the NRL in 2020 before reviving his career in 2021. 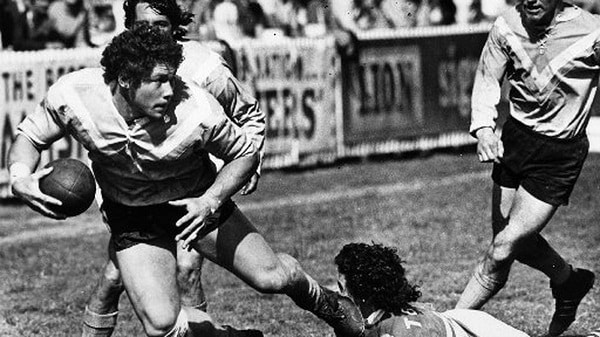 He scored a first half hat-trick in his first appearance in the Kiwi jersey in the 74-0 match against Leeds on October 8.

The 24-year-old forms a new combination on the flanks with Warriors winger and former Kiwi captain Dallin Watene-Zelezniak, who is returning to the side for his 13th Test after last appearing in the home Test win over Mate M’a Tonga in 2019.

They come in for Ronaldo Mulitalo and Jordan Rapana who both played in the opening 34-12 win over the Lebanon Cedars in Warrington last Sunday.

Leota was named for the match against Lebanon but was ruled out after picking up a minor groin injury in the team’s final field session.

He comes into the side for captain Jesse Bromwich, with Fisher-Harris chosen to lead the Kiwis on Saturday.

There’s a swap in the second row which sees Cronulla-Sutherland’s Briton Nikora moved from his bench role against Lebanon to start against Jamaica, while Wests Tigers-bound Isaiah Papali’i is switched to the interchange.

Also out of the side this week is Canberra forward Joseph Tapine, with Gold Coast’s Isaac Liu recalled for his ninth Test.