The enemy within is the biggest threat to rugby league development

Rugby league broke away from Union in the spirit of rebellion back in 1895.

Kicking against the establishment has always been in the hearts and minds of the true believers. It is what helped the game to reach great heights. Ironically it may also be rugby league’s downfall.

Rugby union has played its part over the years in trying – sometimes successfully – to suppress the game. You only have to read the literature on the devastating effect of the Vichy regime in France to understand the impact. There have been similar examples around the world over time.

As my three and a bit years at the coal face of rugby league in Greece comes to an end, I have mixed emotions reflecting on the ups and downs of development in a new rugby league country.

The positive outcomes far outweigh anything else that occurred. To experience an increase in the number of players and clubs in the domestic competition has been a thrill. The emergence of a group of women players in Greece is truly heartwarming.

The skill level of local players has increased tenfold over the past few seasons.

The RLIF endorsed Greece Rugby League Association has subsequently endured threats, intimidation and cancellations in their efforts to train and play the sport they love. Greece has been forced to move their home World Cup qualifying match against Scotland to London due to lack of government recognition and the chance of disruption.

It is unclear at this point what exactly this means for the game in Argentina. I don’t pretend to have knowledge of the Argentine situation and the work of Mr Varela.

My experience is volunteers involved at the coalface in developing rugby league countries work extremely hard, often dipping into their own pockets to keep the sport afloat.

It takes resilience and a ton of patience to see the light at the end of a very long tunnel.

The World Rugby League was set up in opposition to the RLIF. They hold no jurisdiction over world rugby league despite their name.

Recent reports reveal that Tongan players are threatening to boycott the World Cup 9s and tests against Great Britain and Australia over a dispute with the Tonga National Rugby League board. The players want two members of the board removed according to NRL.com

Administrators have high hopes for Tonga to assume a position as a rugby league force after strong performances during and after the World Cup and large vocal support at their matches.

Lebanon endured players threatening to boycott or play with the Lebanese Rugby League Federation logo covered prior to their Pacific Test match against Fiji in Sydney. It was a protest against what they perceived as mismanagement by the governing body. Counter threats from the Federation involving legal action and possible imprisonment were dealt to players by the Federation. 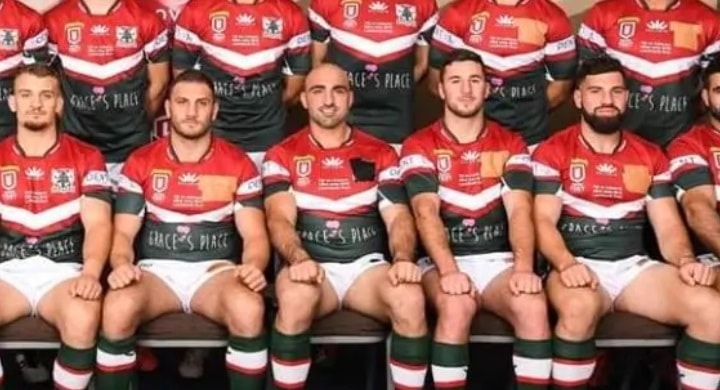 At the time of the 2017 World Cup things were rosy for the Cedars after good performances at the international level and a growing domestic competition. Currently there appears to be very little domestic activity and Lebanon’s 2021 World Cup spot is being questioned.

Despite the sport being played in more countries and the women’s game growing at a rapid rate, rugby league is a small sport globally.

The other code will always pose a threat but the real enemy is increasingly striking from the inside the tent as rugby league strives for a permanent place on the world map.

Anyone who sees rugby league development as a personal revenue outlet is barking up the wrong tree.

Egos must be set aside. The bigger picture is the priority.

It is the only way the sport will truly experience sustained growth.