Just over a year ago, Ian Toole knew little about rugby league and had certainly never played the sport.

Fast-forward 12 months and the 45-year-old is now an integral part not only of Widnes Vikings’ Learning Disability Super League team, but also the club’s match day operation and office staff, through his volunteering role supported by Community Integrated Care.

As Betfred Super League aims to #TackleTheToughStuff in Round 13, covering topics of mental and physical wellbeing, Ian has outlined how the sport has played a key role in building both his friendship groups and his confidence.

“I love my team-mates, they are good to me,” Ian explains. “I have made lots of friends, and some from other teams as well. I feel good when I put the Widnes shirt on. It makes me feel happy and proud.”

Among Ian’s new friends is Widnes captain Jack Owens, with the pair striking up a quick rapport when they have been working alongside each other in the Vikings office every Friday.

Last year, Ian helped the club celebrate World Down Syndrome Day by packing the first team’s kit bag, making sure each player had a pair of odd socks to mark the event. 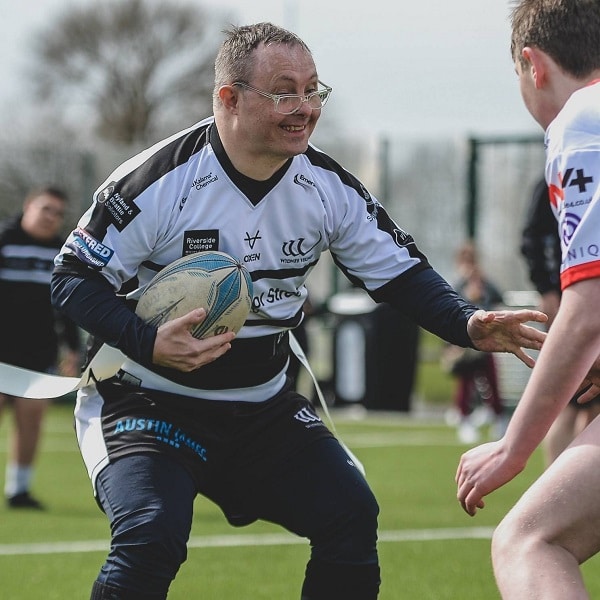 Ian’s support worker Sara has seen first hand the impact that his involvement in rugby league has had on him over the last year.

She explained: “Ian’s journey began due to attending the Community Integrated Care and Widnes Vikings multi sports club on a Thursday. Seeing how much Ian appeared to love rugby it was suggested to myself about Ian coming along to the Learning Disability Super League training session and see if Ian would like to join the team if he enjoyed it.

“Ian picked up the game quite easily and he has now taken to watching rugby more. I get a lot of job satisfaction from seeing Ian achieve these great successes. I love to see the progress he has made and how much he has shone since joining the LDSL, not only on the pitch but off it as well.

“It is vital for Ian and other to have these opportunities, and to live their best life possible – because why shouldn’t they? They should be able to lead an active life and achieve things like everyone else, regardless of disabilities.

“I for one have had some choked up moments, especially when the Widnes and Leigh fans cheered them after they had finished playing their match at half-time. It was such an amazing moment to be a part of.” 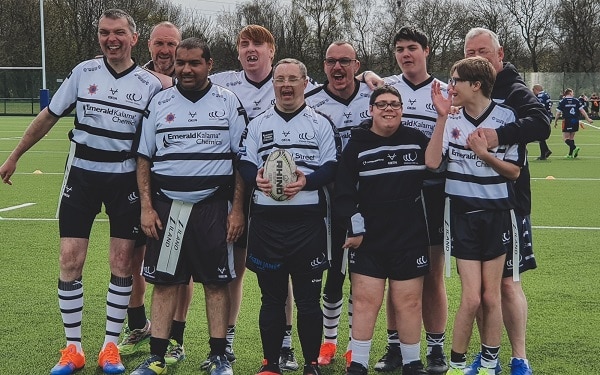 Set up by Community Integrated Care, the Learning Disability variant of rugby league has provided immeasurable opportunities to the learning disability community, creating a supportive and inclusive programme which enables players to flourish in all aspects of life.