The NRL are actually leading the law on family violence

“Now barber (sic) has been band (sic) for life, is every other player that dose (sic) what he did going to get the same punishment?”

I’ve inserted the comma and question mark into the quoted sentence of my own accord, to help it uphold at least a passing resemblance to the English language.

Unbelievably however, I’m not here solely to play Grammar Nazi or to denigrate the original poster.

It’s more to exhibit what the general thread of discussion has been like the past week since Ben Barba had his contract terminated by the North Queensland Cowboys, allegedly for assault against his partner in public.

And indeed, I don’t think what the original poster said is all too unreasonable.

I do think anybody proven guilty of domestic violence should face severe punishment by the game.

But where this becomes a really interesting conversation is when you consider that convergence point where three powerful forces meet each other:

After 20 years working in rugby league, several years ago I reached a point where I switched to believing all bans concerning off-field matters should be dictated by the justice system.

I grew to believe it was far too messy and inconsistent to be dictating suspensions on a whim, when we already have an established, multi-faceted regulator of societal expectations called the law.

However, what the Ben Barba ruckus and reaction has show us is that, even if the NRL, rugby league public and general public want him banned from the sport for life, it’s not legally enforceable in most other professions.

This week has seen a torrent of abuse directed towards the NRL: Why didn’t they ban Barba beforehand? Why don’t they have a blanket rule? When will they finally get tough?

In fact, one of the responses on the forum mentioned above was: “Bahahaha if that were the case, there wouldn’t be much of an NRL left.”

The thing that strikes me is that we, as rugby league fans, are so willing and ready to attack the NRL, the clubs and players, but yet we don’t make any real waves to change the judicial system.

If we all think domestic violence is heinous – and I don’t know too many communities that are as passionate about that as rugby league people are – but the law doesn’t reflect that accurately enough, shouldn’t we be lobbying our politicians and lawmakers?

That’s where meaningful change can happen.

Don’t worry about a game that your kid might watch for five hours per week. Worry about the legal system that governs your child’s environment for 168 hours of the week. 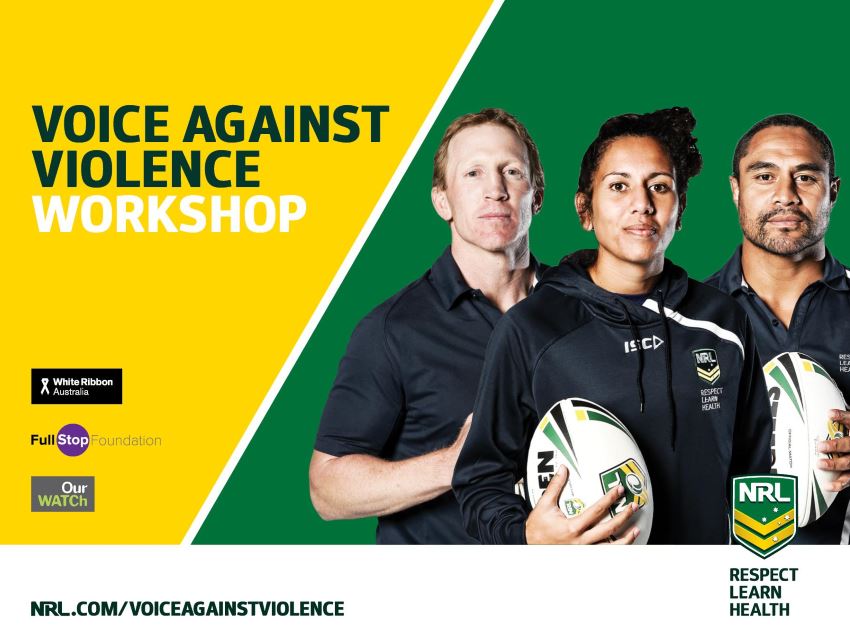 Yes, there’s an element of that old chestnut – “It’s society’s problem” – in what I am saying.

But I’m not dismissively saying it’s “society’s problem” simply for creating the factors which underpin domestic violence, just as in highly publicised cases of drug use, gambling or alcoholism in the NRL.

It’s “society’s problem” because the punishments for family violence in everyday waking life are so manifestly inadequate and don’t act in any way as a deterrent.

We all know plenty of people who have never done drugs primarily for the fact it is illegal and they don’t want to run afoul of the law.

I wonder how many people have stopped mid-argument and thought ‘I better not hit my wife, or I will be severely dealt with and ostracised from the community’.

More often than not, they self-regulate through a sense of decency and respect, not out of fear for the law and the consequences.

There comes a point where, as fun as it is to slate the NRL and other professional sports administrators, you have to admit they actually more closely reflect our values than what the law does sometimes.

Consider the massive fissures that infidelity causes society across the board.

Not punishable by law.

Consider the many ways you can still destroy somebody’s life by lying, cheating and being subversive within the letter of the law.

How many clubs have turfed a player for ‘doing a Wayne Carey’, when PC Plod from the local police station has absolutely no control over that situation?

Yes, the time has come to rise up and say enough is enough.

Make it a fight you’re not willing to relent on.

Just don’t waste your time placarding the offices of a football code, when that same substantiated vitriol could be better directed towards the inbox of your local member of parliament.

*Loxton Berg is author of the upcoming book Poolhall – Jail – Library, which tells a real-life story of a rugby league player and journalist’s quest to emerge from a childhood of domestic abuse.

Order your personalised advanced copy at the following link: https://bit.ly/2Fj1AdF

“Best player I ever played with”: Mannah on Hayne