For the first time since I was a very young child I didn’t watch the rugby league Grand Final last weekend. I will get around to watching it on replay at some point. I know the result so there is no urgency on my part.

It was not because I have become tired of Penrith’s continued excellence and seeming vice-like grip on the title in these times. In fact my Dad played for Penrith when they were in the second division. So I have a bit of a connection.

There was something else that was occupying my entire head space on 2 October. Something that was really important to me and the relatively small but passionate rugby league community in Greece.

After the Greek women’s team, who I am honoured and privileged to coach, went to Istanbul and secured a narrow victory over Turkey, against the odds and predictions after they had soundly beaten us in our first ever international match in 2019, we had an opportunity to win our European B South group title if we could beat Serbia.

Not only did we have a shot at the title it was to be held in Athens, with local fans cheering us on, bands playing, hype music after each try and the renowned Greek hospitality in full flow. Plates stacked with souvlaki were a common sight around the stadium at Aspropyrgos.

A few months ago ago I was asked by the good people that run Greek Rugby League if I would be interested, as the incumbent women’s coach, in preparing and coaching the team for these two games. 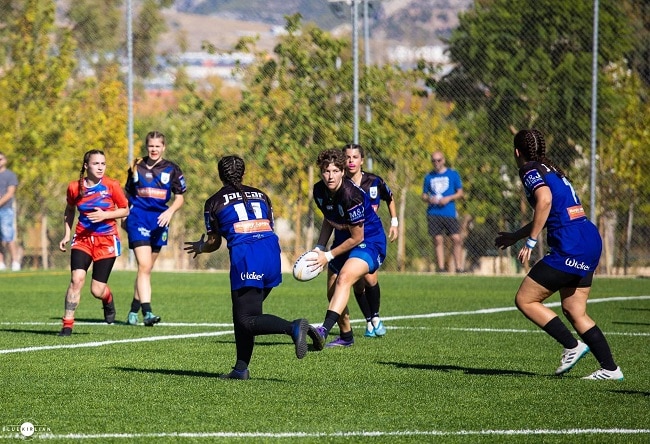 I had previously lived in Athens for almost three and a half years between 2016 and 2019 so I was familiar with my coaching team and some of the more experienced players. The truth is many in our squad of 19 were very new to the game and at most had a couple of 9s matches under their belt.

The challenge for me was that I am based full time in Seoul, South Korea. It was going to take daily messaging of training plans, analysis of trial match video that was sent to me regularly and faith in the coaching staff and our captain. Fortunately everyone exceeded my expectations, with structure implemented, training camp and matches organised, and useful feedback provided so I could make informed selection decisions.

When I arrived in Athens a week out from our match against Turkey I found a fit committed and knowledgeable squad that had literally been transformed in three months. It was then that I knew we could travel to Istanbul with some confidence.

We secured an 8-4 victory against Turkey and probably could have scored more points. For many of our players it would be their first 13 a side match played over 80 minutes. We were committed, tenacious and physical. We aligned to our structure and followed our game plan. All good signs for our title bid against Serbia the next week.

A couple of thoughts kept me sleepless during the lead up to our next match. The Serbians were more experienced with seven debutants and they were big and physical. Would that be overwhelming for our ladies or would it be that the first ever women’s international in Greece in front of family and friends would give them the jitters?

From the opening minutes when Greece scored a spectacular try in the corner our players were ‘on’. Fearless and relentless in defence, our attack went up a notch with players charging into gaps. 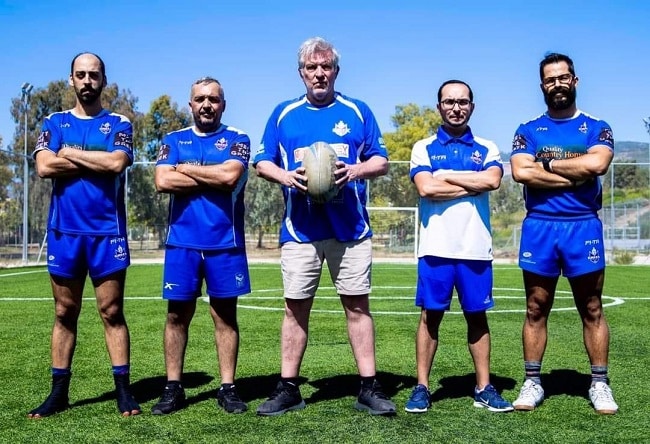 The final score was 28-0 with six tries and two goals scored in a highly entertaining match. The 700 strong crowd were delirious. The Greek rugby league community, who have fought so many battles just to survive, deservedly puffed their chests out with pride.

No, as much as I love the NRL I didn’t miss the Grand Final one little bit. I was too busy feeling proud of a group of Greek ladies who have come such a long way in a very short time.