“There is a culture shift happening”: Graham praises HIA crackdown

During last Sunday afternoon’s clash between the Sydney Roosters and South Sydney Rabbitohs, New South Wales State of Origin captain James Tedesco was taken from the field for a head injury assessment.

Tedesco’s injury was caused by a high tackle from Rabbitohs forward Tom Burgess and the fullback failed his HIA leaving him unable to return to the field of play as the Roosters went on to lose 30-14 and be eliminated from the 2022 NRL competition after being one of the favourites at the beginning of the season.

While Tedesco being absent is not necessarily the reason why the Roosters lost it was certainly a big call for arguably the best player in the game to be kept off the field in an elimination final but also the right one and a display of player welfare being the priority.

Former player James Graham recently spoke to Nine’s Wide World of Sports reporter Matt Bungard about this situation and how it is the biggest example of a cultural shift in the NRL.

“It’s a positive sign that the NRL and the players are taking this seriously,” said Graham.

“Arguably the best player in the world in James Tedesco left the field with a category two, and didn’t return. 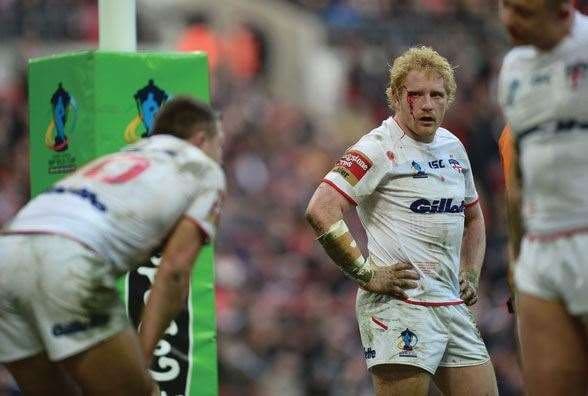 “I don’t know if we would have seen that five years ago.

“He likely would have stayed on.

“There is a culture shift happening – we’re products of our environment, and that’s the environment that we’re in right now.

“I think it’s a positive look that players were punished for high tackles.”

For somebody like James Graham who in his day was as hard-hitting a player as anybody to come out in support of the effort to reduce head knocks in Rugby League is a huge positive that will hopefully encourage the minority of fans who think that the game is somehow dying as a result of reduced high collisions to change their stance.

As for James Tedesco, he will now be focussing on being fit and at 100% for Australia ahead of the Rugby League World Cup in England where there is a good chance he will captain the Kangaroos.