Wales head into the European Championship with a squad packed full of professional players who have come through the domestic development ranks.

Head coach John Kear, fresh from helping Bradford win promotion back to the Championship, has always been justifiably proud of the way that his team has used so many players who have come through the domestic ranks.

“We have a good mix of youth and experience in our squad and it’s really encouraging to see lots of the up-and-coming talent progressing through to the senior team,” said Kear.

“17 of the players in this squad are Welsh-born and that’s something we’re very proud of.”

This is the kind of development work which will hopefully see more Welsh players in Super League soon.

Of course, the danger seems to be with Welsh players that once they reach Super League they stop playing for Wales.

While Lloyd White and Gil Dudson have returned to this group, Wigan’s Ben Flower is absent yet again.

The rumour is that Flower’s reluctance to make himself available for Wales in the past means that he is not considered for selection anymore.

St Helens winger Regan Grace is also absent, with the rumour being that his club have insisted that he have a rest.

If he had been picked for Great Britain, it would have been interesting to see what his club would have said. 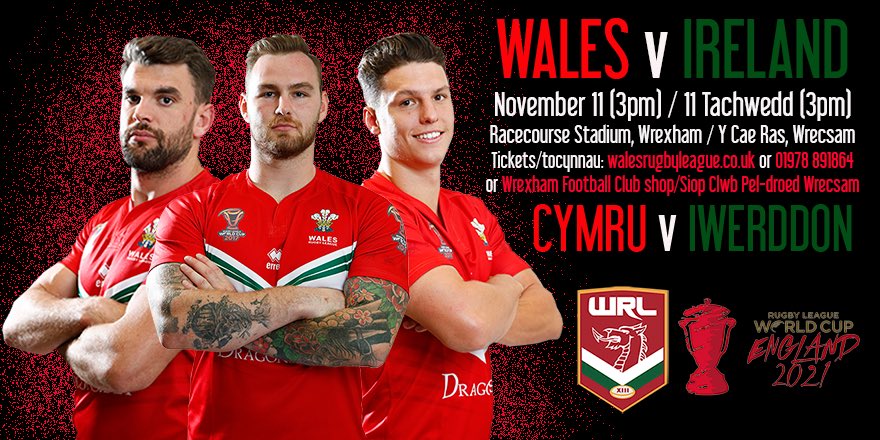 Unlike Tonga, whose recent elevation to the higher ranks of international rugby league has largely been down to a lucky combination of circumstances rather than any conscious effort at development Down Under, Wales cannot call on a raft of Super League heritage players to artificially inflate their international standing.

Instead, they are reliant on a small number of highly committed individuals grafting away year after year, often for very little reward.

While there is plenty of rugby-playing talent in Wales, not enough of it gets diverted into the 13-man code right now.

The reasons for that are myriad, but one of the main ones is that the international game in league does not possess the same pull as rugby union.

Winning a Welsh cap in the 15-man code is seen as something sacred in the Principality, and, indeed, was the reason that many Welsh players of yesteryear stayed in the ‘amateur’ game despite receiving tempting offers from rugby league clubs.

For Wales to ‘do a Tonga’ and start to challenge the Tier One countries, there needs to be a similar sense of the sacred around rugby league international caps.

When, or indeed whether, that ever comes remains to be seen, but those who work so hard in Welsh rugby league deserve all of our support.