Over the past two seasons Dylan Walker has reinvented himself as he has transitioned into a bench utility role at the Manly Warringah Sea Eagles.

The 27-year-old has played for Manly since 2016 and has experienced patches of inconsistency that he’s seemingly now gotten over.

At the end of the 2022 NRL season Walker will depart the Sea Eagles to take up a deal with the New Zealand Warriors which is a fitting move for the former New South Wales State of Origin representative whose father is Māori.

Walker had hoped that his heritage partnered with the fact that he has represented the Māori All-Stars in the past would see the International Rugby League approve his request to represent New Zealand at the 2022 Rugby League World Cup.

Unfortunately for Walker his bid was rejected as he played for Australia during the 2014 Four Nations tournament.

In a recent interview with The Daily Telegraph Walker opened up about his Māori roots. 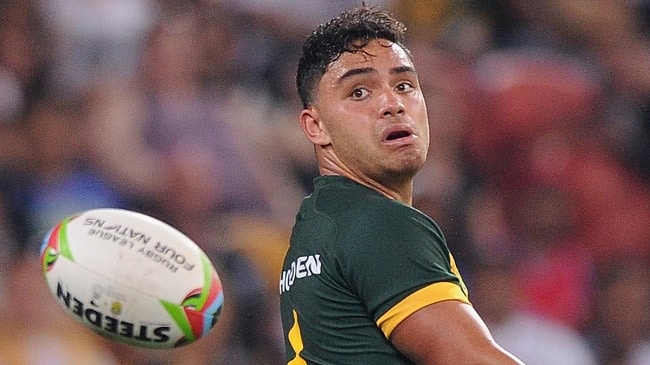 “Especially since I started playing for the New Zealand Maori team.

“It would be an honour to wear the jersey.

“Being in the Maori camp I learnt a lot about my culture and there was a lot of self-healing for me.

“I dived deep into myself in just trying to be a better person as a father, partner, teammate, brother, sister, uncle, son.”

New Zealand Rugby League Chief Executive Greg Peters has confirmed that the NZRL is continuing to work on Walker’s case as the organisation seems determined to get its man in time for the World Cup.

A successful allegiance switch for Walker could see him become the first player since Brisbane Broncos legend Tonie Carroll in 2004 to have represented both Australia and New Zealand.

Before any World Cup aspirations of Walker’s can be achieved he still has one last game to focus on with Manly, a bottom eight clash with the Canterbury Bankstown Bulldogs would possibly see the Sea Eagles finish the season in tenth place if they were to win.

However, the Bulldogs will not be easy to beat as a loss for them means they could end up finishing in the bottom four.