Wanting Australia to lose is not unpatriotic

On the one hand, there’s a level of patriotism that is felt when following Australia in almost every other sport. On the other hand, the Kangaroos winning again would likely slow the growth of the game we hold most dear.

This weekend’s final at Old Trafford Manchester is the 16th instalment of the Rugby League World Cup and sees Australia looking to hold the trophy up for the 12th time. The point of difference that this game presents is the progression of Samoa into the final. The small pacific nation of 200,000 people is the only country outside of Australia, New Zealand or Great Britain/ England to make it through to the final since France made the inaugural decider in 1954.

Samoa have captured the imagination of the their diaspora all around the world, none more famous than Dwayne “The Rock” Johnson, who recently posted a video message to the Toa Samoa players via Instagram. “This is the first time that our island, our country, our culture have ever gotten to the final of any sport and we could not be more proud of them”.

“Our ancestors are watching, history is watching. When you take the field this Saturday in Manchester and you have grit, and your DNA is full of our Samoan pride and culture, you think about that legacy and the legacy that you guys want to define. If I was there with you guys on Saturday I’d put on a Toa Samoa jersey”. This message went out to Johnson’s 348m followers, providing unprecedented exposure to the game of Rugby League. 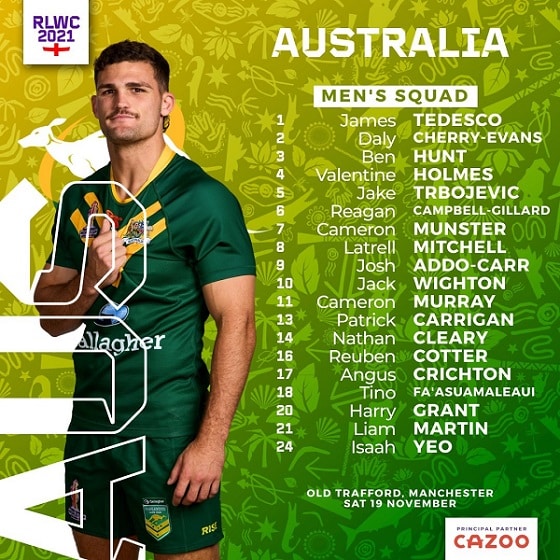 Recognising the need for a different nation to win the World Cup, it’s not unpatriotic for an Aussie to want to see Samoa win the title this Sunday. Golden Boot judge and host of the popular Chasing Kangaroos podcast, Michael Carbone had the courage to state this on the record. “Everybody knows Australian’s love to back the underdog. So in my opinion, there is nothing more Australian than backing any nation other than Australia at the Rugby League World Cup”, Carbone recently told Everything Rugby League.

“For Rugby League to grow internationally, the Kangaroos need to take it seriously. The only way that will happen is if they have some serious competition”, Carbone stated.

Overall, this World Cup has been the most successful and competitive in the tournaments history. Ideally crowds would have been higher and Rugby League World Cup CEO Jon Dutton recently admitted that he would have done some things differently if given the time again. In reality, it was always going to be difficult to cater for near record inflation and growing financial pressure on household budgets. 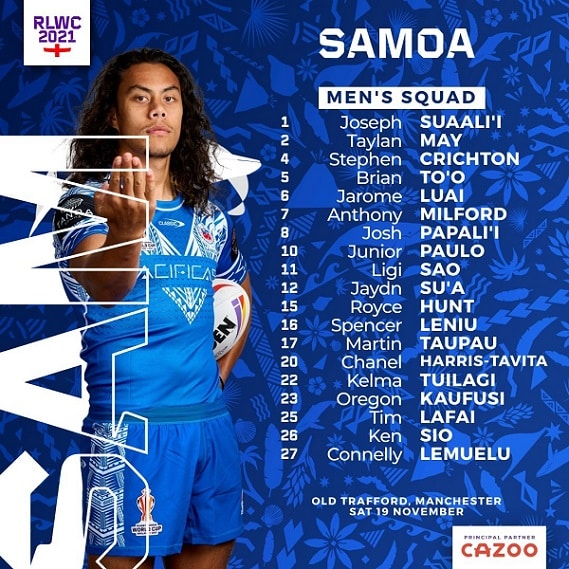 In stating the above, the RLWC 2021 is easily the most watched Rugby League World Cup ever staged. Cumulative viewership across the 61 men’s, women’s and wheelchair games is expected to hit 30 million people in Britain. The England vs Samoa game averaged 1.4m viewers, peaking at 2.4m in golden point. To put this into perspective, the 2022 NRL Grand Final drew an Australian viewership of 2.76m. The England vs New Zealand women’s game drew 1.2m viewers, a world record for a women’s rugby league game.

International Rugby League crosses demographics in a way that club rugby league simply fails to. The crowd of 45,000 for the opening game at St James Park in Newcastle consisted of approx. 50% local residents who were new to the game.This is roughly the same breakdown for the 40,000 who attended the England vs Samoa game at Emirates Stadium in London.

Australia winning another Rugby League World Cup would struggle to penetrate news sources outside of the usual rugby league reporting agencies. Samoa winning their first World Cup would capture the imagination of both new and casual fans of Rugby League. Is it wrong for Australian fans to want to see this happen? This writer thinks not.