Watson: Shape up or ship out

Watson: Shape up or ship out

Salford coach Ian Watson has put his underperforming players on notice after they fell to their fourth Super League defeat in a row.

The Red Devils went down 23-16 to Hull FC on Sunday, which sees them slip down to seventh on the Super League ladder.

Watson said he will drop players and rotate his squad after the lackluster display at the AJ Bell Stadium.

“After that performance there’ll need to be changes,” he said.

“We need to reshape some kind of individual mentalities. We’ve got people to come back but the guys that are playing should be taking their opportunities and not leaving it for me to make a choice.

“At that moment in time I feel I need to make a choice now. We’ve said the same thing over the last four weeks, we’re not saying the same things again next week so we’ll be making changes for deadset.

“We’re kind of lacking a bit of experience in certain areas and lacking some composure and control.”

Salford’s next game is in the Challenge Cup against Championship club Rochdale. Centre Junior Sa’u and forward Tyrone McCarthy are likely to feature in the Cup clash. 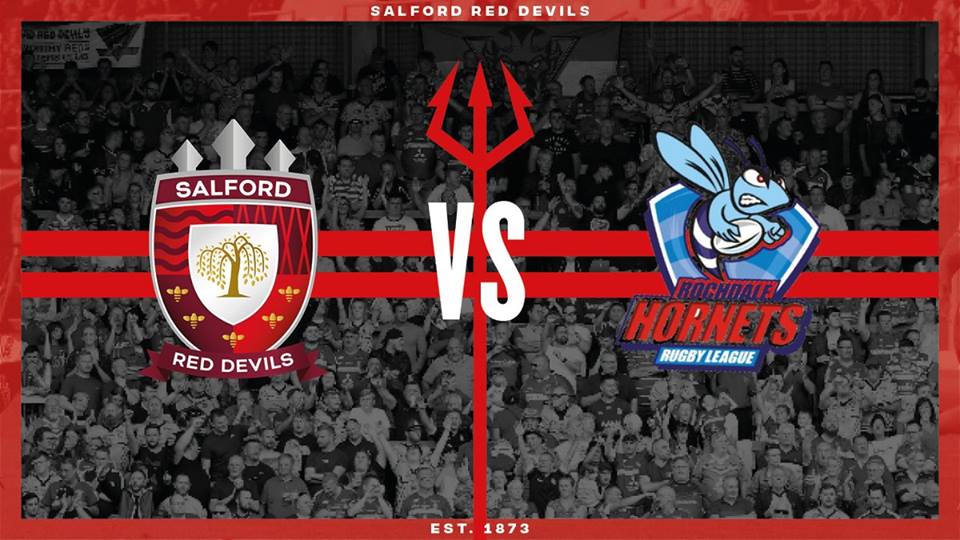 Derrell Olpherts made two errors against the Black & Whites, and his wing position could come under threat, while Krisnan Inu missed five tackles.

Watson was frustrated with Salford’s discipline and ball control in the loss to Hull FC.

“We seem to be talking about the same things – a little bit of errors and discipline and our own downfall. It’s a little bit of a concern [four losses in a row] because we’re beating ourselves.

“We’re kind of giving ourselves a chance but we’re not starting games well enough in the first half. Good teams once they get a start on you, they don’t let up.”

“I thought Scott Taylor led them really well fron the beginning. He dented our line.

“We didn’t hold the ball. We bombed a few opportunities.

“Potentially the Cup has come at the right time. But there will be no going easy.”

The Red Devils have lost to Castleford, Wigan, Wakefield and the Airlie Birds in the past month. All have been close defeats with a four-point loss to the Tigers, eight points to Wigan, 11 points to Trinity and seven points to Hull FC.

“They work really hard as a group. We’re just really disappointed over the past four weeks.

“We feel we’ve had four big teams but we feel we should have won the majority of those games and Its our own downfall.

“We’re putting pressure on ourselves and we’re not building enough pressure on the opposition’s goal-line, and it’s coming back and biting us.”

Brasil at the World Cup: The level playing field Illusion

Centurions owner gets on his bike for epic charity trek