Where Aris Eagles dare: Balkan Super League set to kick off for 2019

As the coach of the Aris Eagles rugby league club in Athens, Greece, I was guilty of making a mistake late last year. I totally underestimated the ambition and resilience of my players. It won’t happen again.

When it was first mooted that our team, primarily a bunch of local boys from the western suburbs of Athens, would be placed in Division One of the Balkan Super League in a group along with Red Star Belgrade I offered them a way out.

As the only Greek club in the competition for 2019 there would be no shame in politely declining the BSL proposition and walking away in the knowledge that we are not quite ready. A couple of the team have been playing for the six years a Greece domestic competition has been running, some only discovered the game six months ago. That’s how it works here in Athens. 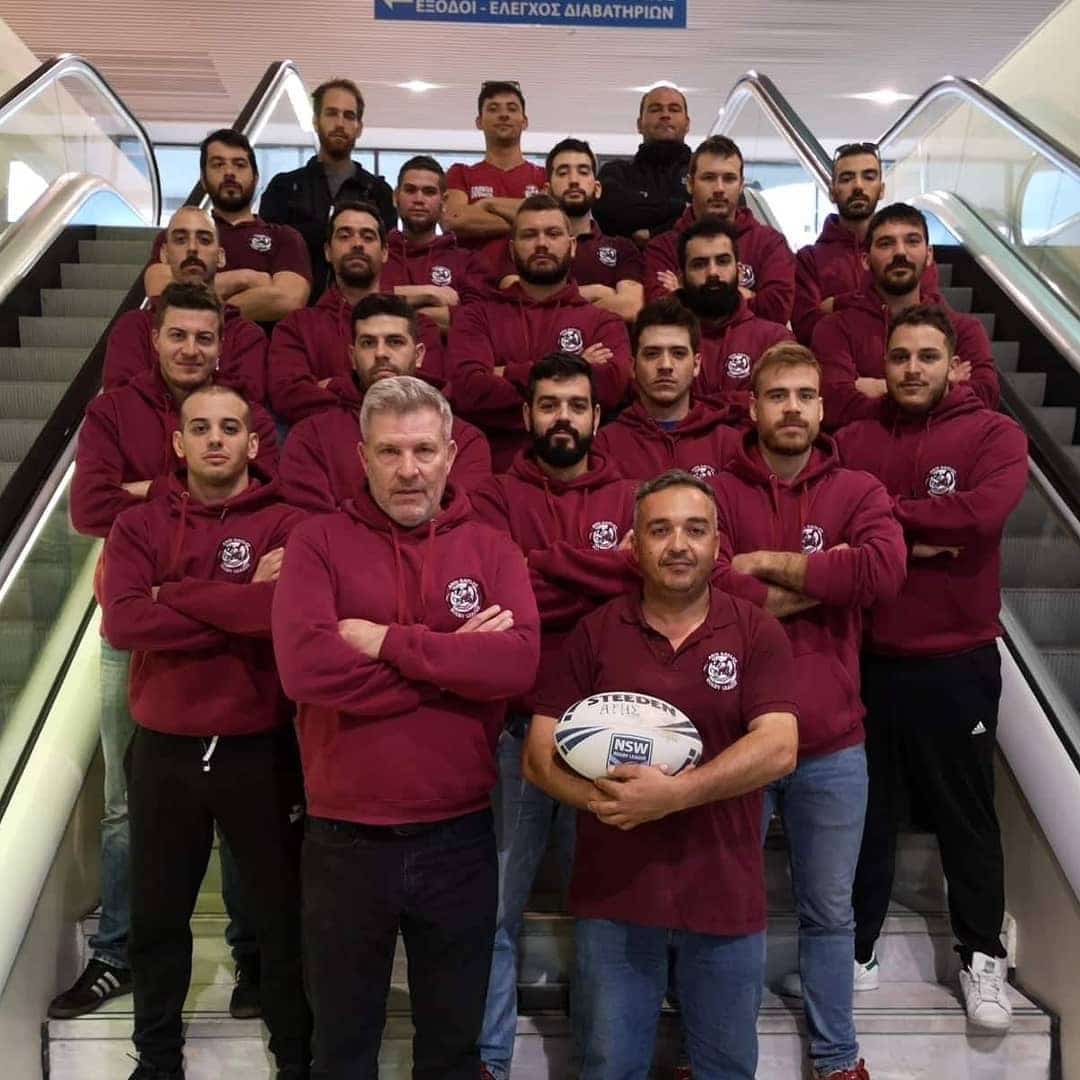 Our second round opponents, reigning BSL champions Red Star backed by Australian businessman Colin Kleyweg, are a relative powerhouse who are rapidly outgrowing opposition teams having won everything possible in the region.

The Belgrade based club have the resources to field imported players and this year they have Brandon Anderson and Jamil Robinson, a couple of very promising players from the USA. The marquee player is Australian hooker/half Darcy Etrich whose rugby history includes being part of the Melbourne Storm under 20s and Waratahs Super Rugby squads. On top of that they have many of the best Serbian national players on their books.

When I rang Aris Eagles captain and team leader Aris Dardamanis to suggest that the task might be a little too daunting I was pleasantly surprised and proud of his reaction. “No of course not!” was his bullet like reply when asked should we pull the pin. “The boys are very excited about the opportunity to play at this level.”

Greece is still experiencing financial difficulties and many players struggle to pay airfares and accommodation when we travel. Last year the team travelled to Belgrade via Sofia and an eight hour bus ride to keep the costs down.

Time off work is difficult to obtain for many of our players who work on a rostered basis in the food service industry. The ‘no train no play’ coaching philosophy simply doesn’t work in Athens.

In our first BSL game last year against Serbian number two side Partizan we arrived in Belgrade with 13 players and lost our captain to injury during the game. We were soundly beaten but the boys wouldn’t have swapped the experience for the world. It was a starting point for improvement in all aspects of our play. Once you experience the next level it becomes easier to make the necessary changes.

The third season of the competition will see 14 teams from eight countries compete in two divisions. Teams from Serbia, Turkey, Greece, Italy, Albania, Bulgaria, Bosnia Herzegovina and Montenegro will participate. For the first time Italy will enter a team in the competition with the Lignano Sharks.

BSL co-founder and RLEF Central & Eastern Regional Director, Jovan Vujosevic, commented: “We are very proud that our initial idea of just spreading the rugby league spirit in region is growing in to a serious championship. There is interest from other countries and in the future we see the BSL as the biggest driver to elevate the level of the sport in the region.”

The financial barriers detailed above are not unique to teams in Greece and there is opportunity to support and sponsor the competition as it grows and develops for the benefit of rugby league in the Balkan countries.

In both divisions, the two best-placed teams in each group will enter the play-offs and contest the semis with the respective Grand Finals set to be staged at the home venue of the highest ranked side.

The championship will kick off on Friday 5 April with a Division 2 match in Belgrade featuring Red Star’s number two side the Red Kangaroos and will continue over the weekend with a double header in Sofia on Sunday 7 April and games in Tirana and Istanbul. The Aris Eagles will face Belgrade club Dorcol in Round 1.

Note: The writer will make the trip to Sofia as coach of the Aris Eagles.